Our (PC) Systems and Setups

Staff member
Hey guys, I thought it would be interesting to see what everyone's running spec wise and photo wise.

Examples being real world systems that I own

Now for the fun parts! (PICS and will post more later)

Edit/Update 1: Pic of my setup in general (not all of it but most)

Absolutely sick. I've wanted to build a multi-monitor setup for a good while now. Anywho, this is all I got.

Staff member
Not a bad setup! That i5 will rivial the i7 U series in my Notebook and likely beat it to be honest. The SSD will kick its ass though

Nope, only HDMI and Thunderbolt. I have it connected via HDMI at the moment because I'm having issues with the thunderbolt.

Staff member
Think you can use a Thunderbolt to DP adapter but don't recall. Anyways good luck!
G

Staff member
The pile of crap is just out of frame

Staff member
Going through old posts and I can't believe I haven't contributed!
Better late than never; my cozy spot. 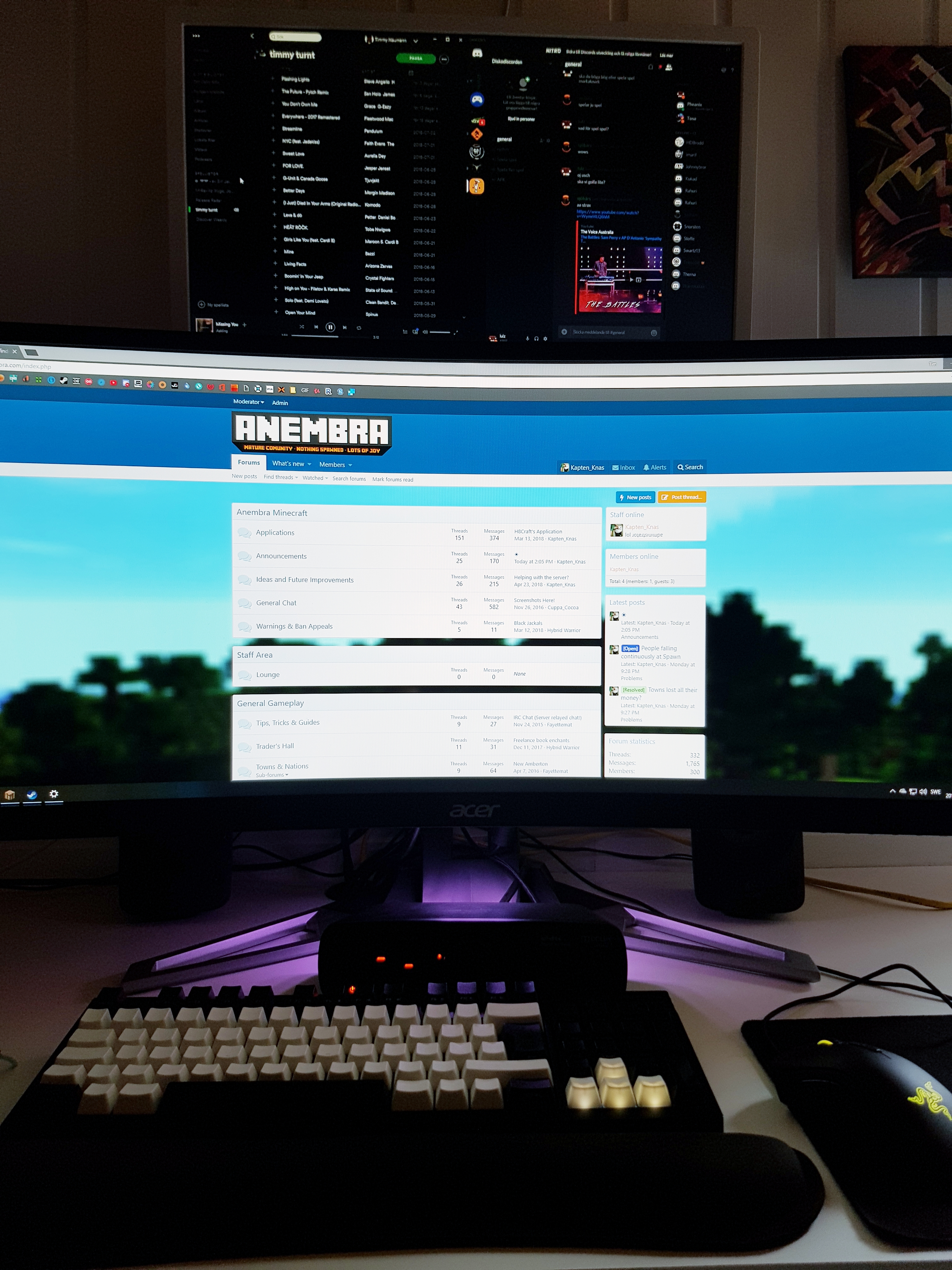